Less than a month before Disney’s PLANES reaches the theaters! My son is so excited that he’s been asking to watch my Disney PLANES recording studio session over and over again.

While we’re waiting for the movie to be released, we can at least play some PLANES games! If you missed the first set, you can print those out here. This new set of games includes PLANES Bingo, Airplane design, Pilot License and Race to the Finish. The kids are going to have fun with these!

Click the picture below for the PLANES activity sheets. Let me know which game is your favorite. 🙂 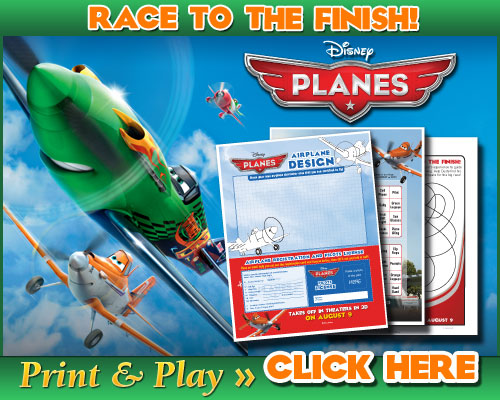